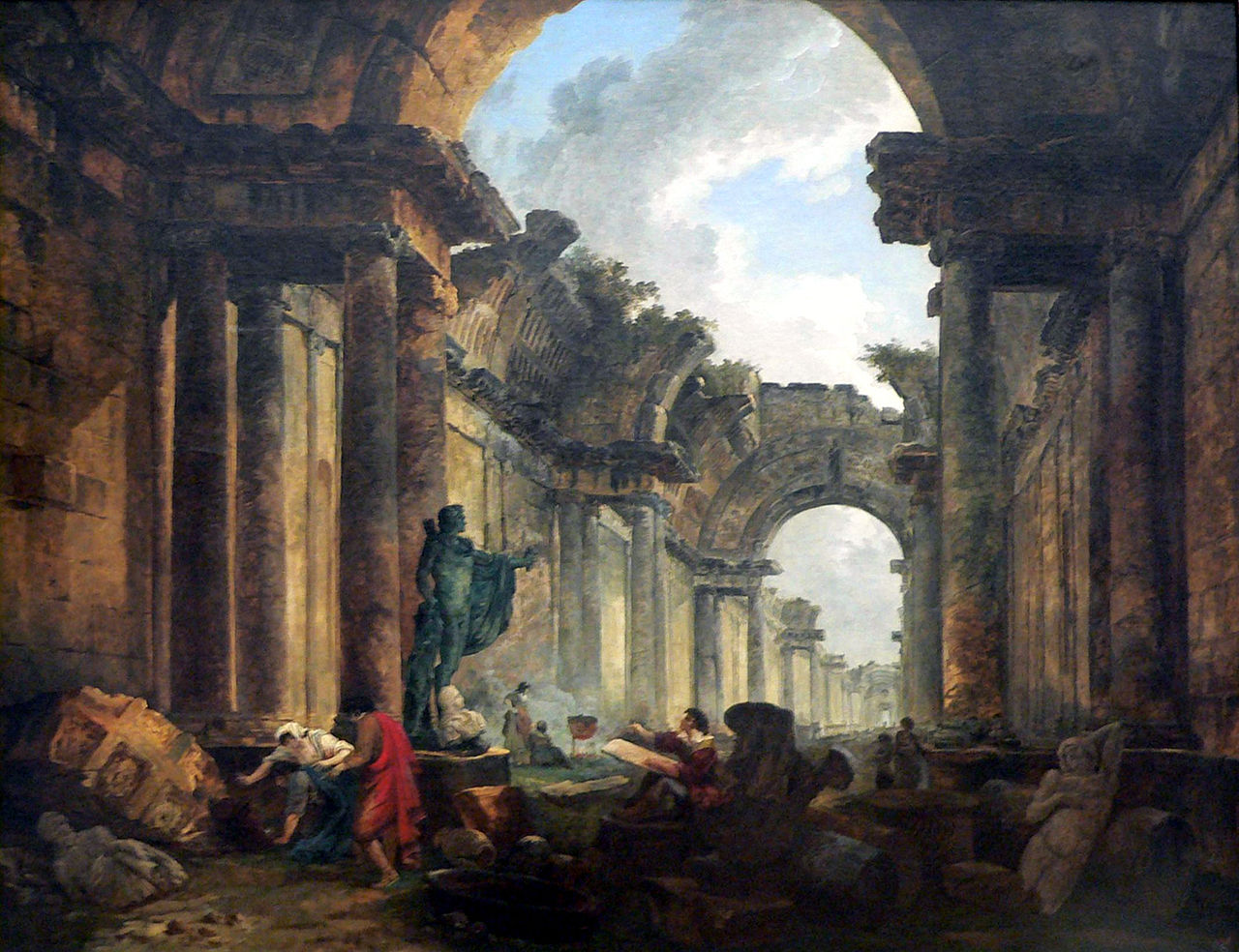 Your mental operating system is as out of date as floppy discs, and turning pages by candlelight. There is a superior one that you would do well to adapt.  You have been indoctrinated with a worldview that has become inferior. It creates problems of meaning, and identify, and hinders your efforts to bring order from the various news, books, and media outpourings.

Consider that now, as you look about yourself in a bookstore, you see a thousand conflicting titles. It is even worse with magazines and newspapers.  Using the web, various political parties spew hatred and grim forecasts. What you are looking for is a new worldview that explains and organizes this modern chaos.

Worldviews are almost impenetrable mental prisons, and as impossible to grasp as a fish comprehending water. And yet I am asking you to comprehend yours, and then fashion a new one.

For perspective  consider that in three hundred years we have gone from walking behind an ox to walking on the moon, but in the three thousand years before that there was no concept of progress.  Then, in the midst of the Dark Ages, came a change in worldview called the Enlightenment.

This use of science to explain our environment was a revolt against the non spiritual, political Church as Big Brother, by a few authors, philosophers, and scientists. All of this is only a few lifetimes ago and all the social institutions of the Dark Age did not vanish like cockroaches when the lights come on. The elder worldview is in our language habits and thought structures, and has produced a world of chaotic social vectors.

Actually the Enlightenment never stopped, Just as some people still use DOS or hand calculators while superior technology has evolved all about us.

Different aspects of a superior worldview continue to be presented, but not collated and organized like a user’s manual. That is what this book is about. Nissan Talib mentions in one of his introductions that his essay is all ori8ginal material and not a rehash of other work. I am making the exact opposite claim. Everything we are going to be working with has been presented before. Some of it thousands of years ago, but so far it has failed to cause a 2nd Enlightenment. Hopefully you will help with that.

What I am going to do is present you with works that explicitly or implicitly indicate a new world view. Some of these will present the problem, others the solution, and suggest linguistic tools for thinking in a meta language. Then from each work we will abstract  “Rules”, and apply them to an example selected from the ,”modern chaos.”

I am calling this delineated worldview the 2nd Enlightenment because while it is an extension of what was done a few hundred years ago, it is also a quantum leap ahead.

This is  an intellectual shift from its predecessor. Once we organize these rules you will begin to see in your readings that there are many more books suggesting a better way of organizing your experiences.

You will be constructing a worldview such that the many opinions and news slants will be simple, predictable, and understandable at a higher level.  Your own problems will melt like a summer snowman. More than that, you will be taking a small step toward advancing the cause of civilization. The first enlightenment took us from a world of scarcity to one of over abundance. The 2nd Enlightenment could solve the problems of conflict, meaning, and identity.

You are artificially limited in your ability to achieve self-actualization by your culture and/or worldview. You have a belief-system, a thought-system, that has been drilled into since day one. It is a matrix of emotions, language, and linguistic formulas, that govern your responses, and your life. Imagine if you could design and build your own personal world-view. That would be like being the director of the movie that is your life, rather than being a bit player is someone else’s .

A comprehensive  worldview is the fundamental cognitive orientation of an individual or society encompassing the entirety of the individual or society’s knowledge and point of view…. worldview can be expressed as the fundamental cognitive, affective, and evaluative presuppositions a group of people make about the nature of things, and which they use to order their lives.

There are many worldviews. Which is the most effective? To get a more solid grasp of what a worldview is I want you to read what by Richard P. Feynman. Has to say about Cargo Cult Science, and then watch the video.

In the South Seas there is a cargo cult… During the war they saw airplanes land with lots of good materials, and they want the same thing to happen now. So they’ve arranged to imitate things like runways, to put fires along the sides of the runways, to make a wooden hut for a man to sit in, with two wooden pieces on his head like headphones and bars of bamboo sticking out like antennas—he’s the controller—and they wait for the airplanes to land. They’re doing everything right. The form is perfect. It looks exactly the way it looked before. But it doesn’t work. No airplanes land. So I call these things cargo cult science, because they follow all the apparent precepts and forms of scientific investigation, but they’re missing something essential, because the planes don’t land.–by Richard P. Feynman.
https://www.youtube.com/watch?v=qmlYe2KS0-Y
.
.

The members of the cargo cult are as far away from comprehending aeronautical engineering as a deer, caught in the headlights, is from comprehending cars.  I want you to comprehend, or at least imagine,  that with a few language modifications and a change in clothes these are your professors, politicians, and economists. To a large extent they have been responsible for shaping your worldview. In the video, there are two main world views. That of those involved in aviation, and that of the cargo cult.

There is also you, the observer.  Right now you don’t identify with the Cargo Cult. You feel that your grasp of culture, science, and life in the 21st century gives you a far greater comprehension. You have flown many times, been in many airports, you have heard of many peculiar cults, you are “superior”.

There is no way one of those intent faces staring through the fence could comprehend your world.The purpose of The Traveler’s Guide is train you to be as advanced over your present self, as you are over the Cargo Cult right now. There are no words that can make this comprehensible, hence the video. Watch it again, see yourself staring incomprehensibly through the fence. What would it take to transform one from the Cargo Cult, into one who is knowledgeable? It would be necessary for him to think scientifically; he must comprehend the concept of world view, and all that entails. It would help if he had a strong grip on the rules of life. Observe that you do this for your own self-actualization, not because I promise to make you rich or sexually irrestibile in 10 Steps. Quite the opposite.

In the Land of the Blind, the One Eye’d Man is not King, but sent to Remedial Stick Tapping. Think, if one of the Cargo Cult should be knowledgeable in the ways of aviation, how well he would fit in, either at the fence, or up on the hill. He would always be playing, “left-out”. For all of that, if you belonged to the Cargo Cult, and if some omnipotent power gave you a moment of lucidity and knowledge, would you choose to change your worldview, or continue on? This is similar to the Red pill or Blue Pill choice from the movie The Matrix.